building on the heritage absolut vodka has within art, absolut machines explored what it would be like if machines were creative just like us. dan paluska and jeff lieberman from mit, and the swedish tech and design team teenage engineering were invited to each build one creative machine. the results were absolut quartet and absolut choir. the creative machines were located in an exhibition space in stockholm and in a gallery space in new york. respectively. both were developed with sophisticated artificial intelligence which made them able to interpret and be inspired by people’s input and then play their own interpretations back. for the first time ever, website visitors were able to not only interact with real physical machines through the use of their web browsers, but actually to collaborate with them.

its sincere intention to be an art project, rather than an ad campaign, in conjunction with rigorous pr strategies, resulted in massive following and exposure online and offline and generated discussions among both professionals and amateurs. in the end the total amount of impressions summed up to more than 220.000.000. 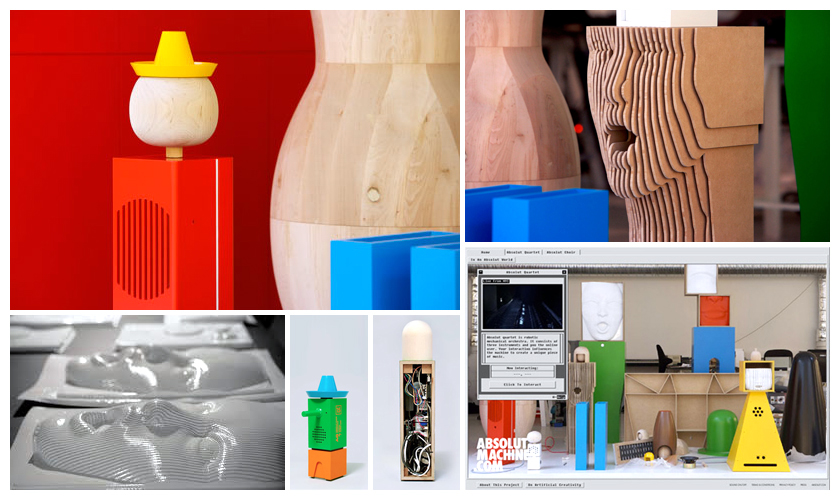 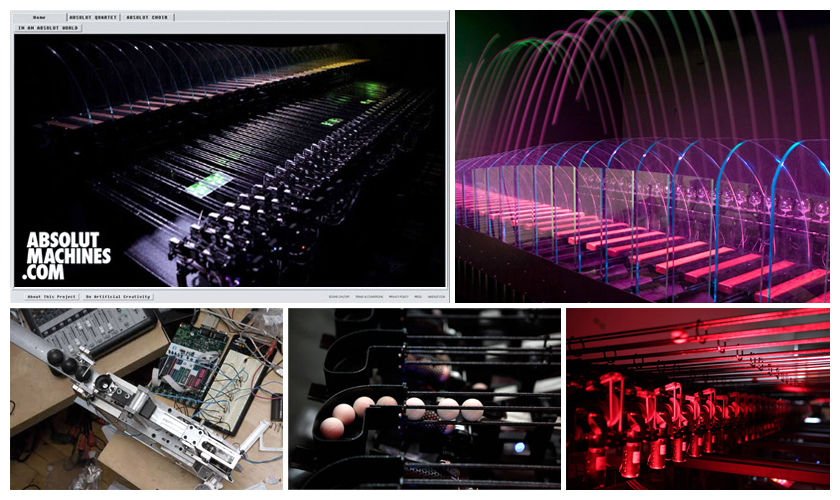